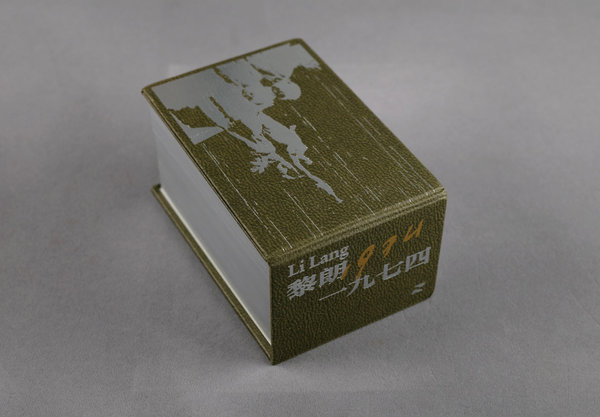 Li Lang (b. 1969) is a visual artist, currently lives and works in Chengdu, China. Li has often experimented with a deliberately subjective approach in his documentary, as it highlights the photographer’s perspective of the subject or the visual language at play. Everyone has a unique starting point in one’s own memory. For Li Lang, it all started in 1974. His work “1974” consists of 390 slides playing in a loop, accompanied by the artist’s voice-over of 4 stories extracted from his memory of 1974, a summary of the important events of that year, and vignettes of the voice-over on the site. As an artist who mainly works with photographic images, Li Lang has inserted his observations of history and images in the fuzzy zone between reality and fiction, as well as his reflections on the contradictions and conflicts between them. The slides in „1974“ come from vintage photographs that he collected over the years from different sources, including studio portraits, travel photos, snapshots of work and everyday life scenes, etc. After putting them into different categories, Li hand-labelled them with dates based on a fictional timeline. Thus, these vintage photographs are removed from their original contexts and become his memory metaphors which are later framed into his own narration. Li Lang’s work reconstructs his imagination of the starting point in his memory through voice-over and vintage photos. Images and texts are no longer just traces of the past. They also explore the potential dialogue with reality in the gap between light and shadow. Li never asks the audience to accept his narrative of history. Instead, he invites us to join him as an explorer of the past.

This book is published by La Maison de Z in September 2020.